Situated in the state of Hesse, Rheingau is the smallest wine region of Germany. Though small, this province gained an undisputable reputation, producing some of the best Riesling wines the country has to offer. Rheingau is situated only 20 minutes away from Frankfurt (Maine), and it takes its name after the majestic river Rhine. Home to some of the most prominent winemakers in the world, the region is famous for numerous historically significant innovations, some of which have passed the test of time, and are still used today.

Situated on the banks of the river Rhine, Rheingau has a distinct topography. Following the flow of the river, the region snakes along the Rhine’s twists and turns, first heading north, then changes up 20 miles to the west and again returns to heading north again. Famous vineyards are also planted on the banks of the river Maine, just before it flows into Rhine. Being one of the northernmost wine regions in the world, Rheingau has a short ripening season, with sunny but relatively cool summer days (average of 10 degrees Celsius during the summer). The influence of the area’s rivers is obvious, making it the key to the high standards of white wine.  Vineyards are planted on steep slopes, carved by the river Rhine and blend themselves as part of a dramatic and mountainous scenery. Reflecting sunlight, the rivers also provide warmth and humidity during summer, prolonging the season with a couple of weeks. Typically, the wines made here are dry and acidic, with citrus and fruity aroma.

Although soil types and geographical formations vary from one end to the other, the region’s terroir gives birth to wines that are generally low in alcohol, dry and with a hint of minerals. Having a lot in common, wines of the region are mostly made with Riesling grapes, which have been described as the more masculine version of Mosel Riesling. From the calcareous- clay marl based soils of Hochheim’s hills, to steep slate or red shale slopes and the dry loess soils, the land contributes to the quality of Rheingau wines. Though covering just 3-4% of Germany’s wine production (7800 acres of vineyards) its role in the country’s international reputation is essential. 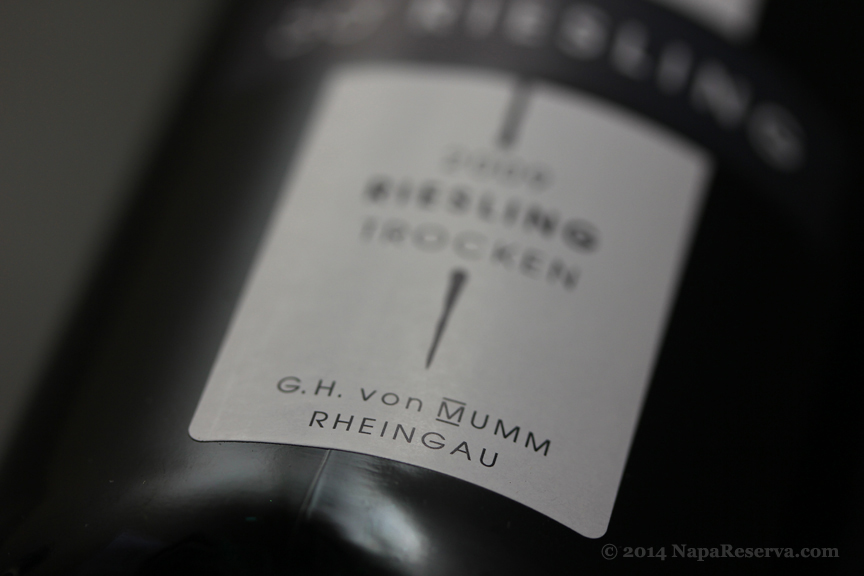 Home to medieval towns, small village wineries, and centuries old castles, Rheingau’s vignerons are conservative, and still use traditional winemaking techniques. Local winemakers  believe that good quality wines are made in the vineyards, which means that they pay most of their attention on how the grapes are grown and selected, always aiming for quality in the detriment of quantity. Though renowned for its superb whites, Rheingau’s Pinot Noir comes as a surprise; dominating the steep slopes of Assmannshausen, this red grape is traditionally grown here for centuries. The province’s Pinot Noir is dark, sweet, and juicy, often compared with Californian Pinot Noir.  Rheingau’s vintners follow an unsophisticated set of rules, inherited through a centuries old legacy, attracting more and more global attention.