Being the eighth largest wine producer in the world, Germany is best known for its white wines, dry or sweet, unique and elegant. With a history of winemaking going back to the Romans, Deutschland’s wineries are spread in 13 wine regions concentrated in the south and south western areas of the country, the exception being two small provinces situated in the east. Generally much lower in alcohol, German wine is characterized by a fruity acidity and like no other.

Nowhere else on earth where planting grapes has to be so precise, Germany situated high above any other grape-growing country; geographically that doesn’t help much in bringing more sunlight to its vineyards.  Sunlight is very crucial in ripening of grapes; planting just on the wrong side of a hill could prove disaster to the vineyard, unless it plans to make lemonade out of very sour unripe grapes.

Muller-Thurgau leads Germany in production, however, the quality affair has long been no other than its beloved Riesling, a resilient grape that can withstand the harsh cold winter months and doesn’t require a lot of heat to ripe.  The only red grape found here is Spatburgunder, or Pinot Noir, as it can thrive under cooler climate with little sunlight.

Sunlight is scare; the entire region is blanket with rather cool climate. To this extend, many vineyards are planted on hillside facing south for the maximum exposure to sunlight, especially along the Mosel River, many vineyards are actually using the River as a giant mirror to reflect back more sunlight. It is a common practice to cover the vineyard with slates and large rocks in attempt to retain more heat long after sunset.  Weinberg is Germany for Vineyard, or directly translated as Wine Mountain, or Pile.

Mosel –Most beloved region running along the Mosel River 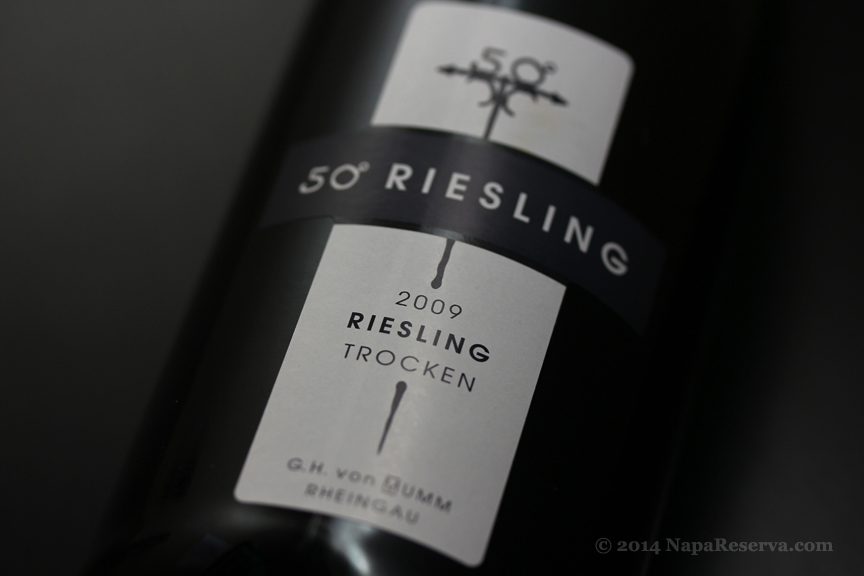 Alsace, France is also known for its Riesling. The region is literally a stone-throw away from Germany however Riesling from these two regions couldn’t be more different.  Alsace Riesling is often dry.  While in Germany, a practice known as Süssreserve is used fairly often.  Wine-makers add un-fermented grape juice to the batch of already-fermented must to improve its sweetness and fruity characters.

When it comes to wine, the whole country is obsessed with ripeness; thus it is the only country in the world to classify its wine’s quality based solely on its ripeness.  There are 2 different classes of Quality classification. For more basic everyday wine, there’s Qualitatswein bestimmter Anbaugetiete (QbA), consists of 13 official regions.   Better wines are classified as Qualitatswein mit Pradikat (QmP), which has 6 levels of quality, based on the sugar content at harvest