Italy’s most northernly wine region, the Tre Venezie is divided into 3 major sub-regions: Tretino-Alto Adige, Fruili-Venezia Giulia and Veneto.  Neighboring Lombardy to the West, the Tre Venezie is scattered with steep terrains and deep valleys, it too shares many similarities with Lombardy’s diverse micro-climates.

Veneto is the most significant region in the area, perhaps to best represent the Tre Venezie.  Northern Veneto endures rough and colder condition, especially along the foothills.  Further down below, near the cost of Adriatic Sea, micro-climate pockets scattered the landscape with warmer temperature.  These smaller regions are home to many of Veneto’s favorites: Amarone, Valpoliccella and Prosecco

Veneto is the largest of them all with the wine production ranked 4th in the country.  Centering around major cities like Venice and Verona, Veneto boasts a wide range of grapes as well as wine-making styles.

Against all odds, white varietals such as Garganega and Glera thrive in the cold climate of northern Veneto.   Garganega is the major grape used in making Soave wine, a dry light white wine popular in around the town of Verona.  Glera is rather a lesser known grape, used in making of a lighter fruity sparkling wine -very popularly known as Prosecco. 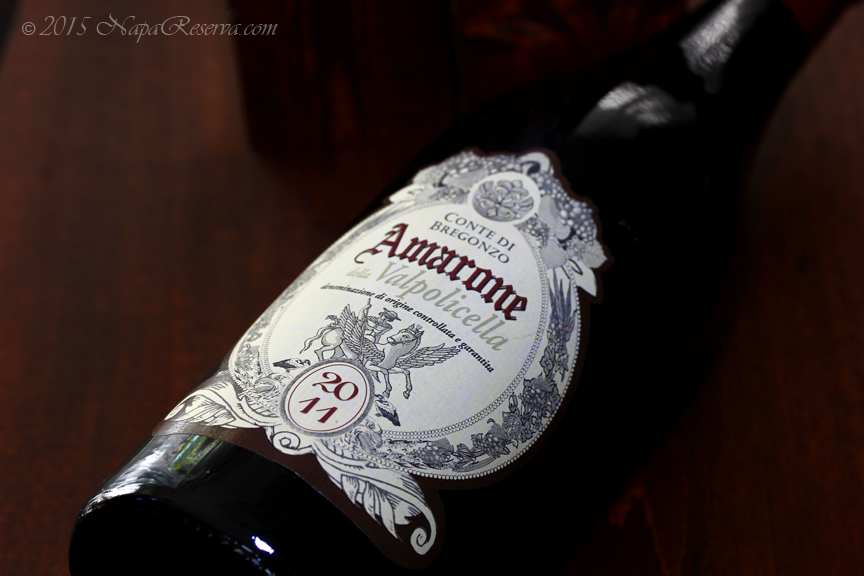 Perhaps the most sought after wine coming out of Veneto is Amarone, or also sometime referred to as Amarone della Valpolicella.  Amarone is made with traditional method known as “appassimento” which involves letting the grape dry on straw mats for up to 3 months depending on the quality of harvest.  The process is tedious and time consuming, which explains its hefty price tag.

Grapes used in making of Amarone are left to ripe longer on their vines, accumulating more sugar content.  Only the ripest bunches are selected and let air-dry on straw mats before fermentation takes place.  As the fruits dry, they develop more flavors and complexity while concentrating its sweetness (sugar) furthermore.  Amarone is often fermented dry to off-dry; as result, it is very ripe, powerful and intense with alcohol content creeping up to 16%.

While many grape varietals both international and native are found in Valpolicella, but the one grape that stands out most is Corniva Veronese.  It is a native grape to Italy, which is responsible for many great wines coming out of the Valpolicella region.

Valpolicella, named after the region itself, is a lighter wine made primarily from Corvina and often blended with small amounts of Rondinella, Molinara and Negrara.  Softer body with flavor of red cherry; lower alcohol content at round 11%, Valpolicella is very easy to drink, is often compared to the flavors of young fruity Granache or Beaujolais.  Valpolicella Superiore is a better form of Valpolicella with minimum aging of 1 year in barrel and minimum 12% alcohol content.  Adding sugar is strictly forbidden. 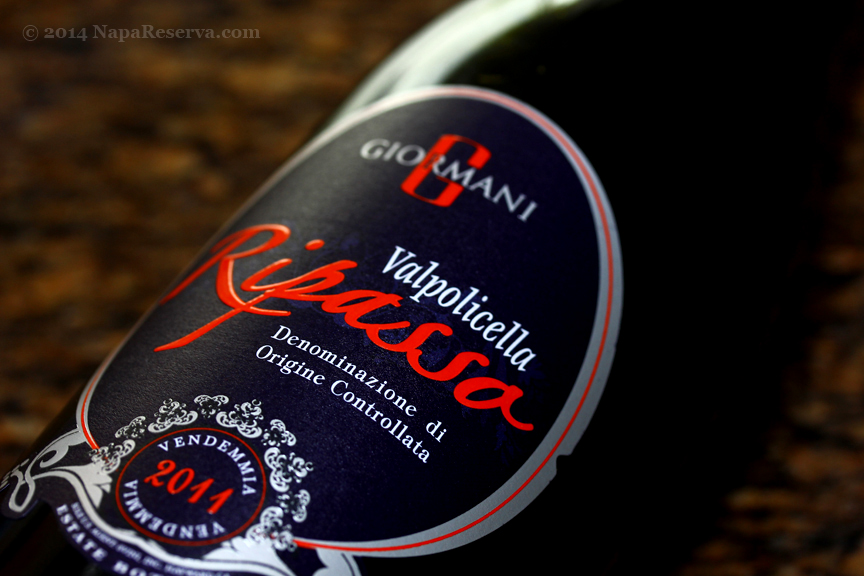 Ripasso Valpolicella, as the name suggested Ripasso means re-pass in Italian, this is a traditional wine-making technique in the Veneto region.  After pressing the must in the making of Amarone, left- over pomance (fruits, skin, seeds) and even lees are added to young Valpolicella.  This triggers the second fermentation raising the alcohol content while adding more flavors and texture to what otherwise a simple light Valpolicella.