Italy’s landscape can be described as mountainous, and with a climate that is anything but Mediterranean; the lengthy longitudinal extension of the peninsula generates plenty of micro-climates, ranging between humid subtropical to humid continental in the north and central side, while in the south, the climate comes closer to Mediterranean temperatures. Due to rich soils, and favorable temperatures, Italy is one of the oldest wine producers in the world.

For centuries, wine is more than just a drink, it is as sacred as blood in veins of many Italians.  Since ancient Rome, nothing valued more than the procession of vineyards, it was noble and no doubt a sign of power.  Italian food has been enjoyed and celebrated all over the world, many regional cuisines echo history and inspire imagination; nevertheless, a meal wouldn’t be complete without wine in Italy, it is an essential ingredient to everyday cooking, eating and living.

Neighboring countries of France and Italy have long been the leaders in wine production as well as consumption.  French grape varietals are been adored and adopted through out the world, so much that many French varietals are now known as International varietals, such as Cabernet Sauvignon, Syrah, Merlot and Pinot Noir.   Unfortunately, Italian varietals don’t share the same fate.  They are rarely found outside of Italy; other than Italy itself, the one country leads the way with Italian varietals is the United States.

Italy is wine-lovers’ paradise but for connoisseurs, no joke, it is the land of confusions. There are hundreds of grape varietals grown all over the country, and most of them never been heard of outside of the regions they’re planted it, let along the rest of Italy or the world.  Micro-climates, mountainous sub-regions and valleys, the taste of Italian wine varies as much as the region it’s in.  The same varietal coming from different vineyards just a mile apart could taste very different.

Small and elongated land plagued with treacherous terrains, yet Italy produces more wine than other country in the world.  From Central Italy to the far North bordering with France perhaps is home to the most well-known wine regions of Italy with a large varieties of style to match.   However, if there is land with some sunshine, there ought to be grape vines completing over trellis or gripping on olive branches.   Every patch of land in Italy offers a different taste of wine and food, and one can not exist without the other. 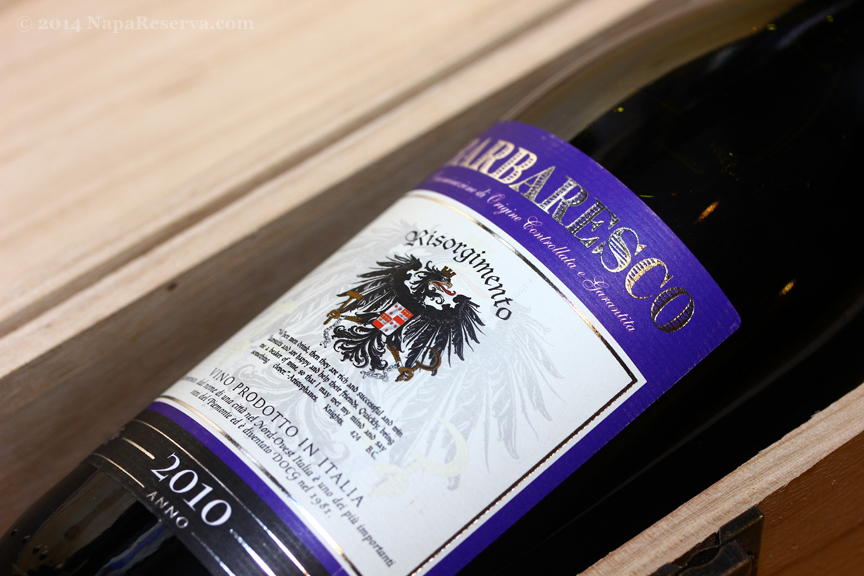 Wine of Italy shares many similarities with its French counterpart when it comes to law and classification.  There are 3 different classifications:

These organizations all govern the regions of wine production, grape varietals, yield ratio, alcohol content, aging requirements and even vineyard practices.  Between the 3, IGT is the most lenient of all.