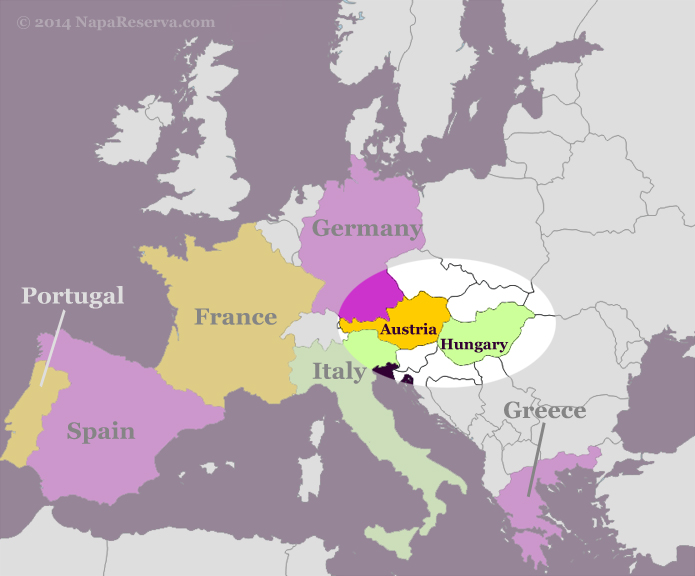 With more than two thousand years of commitment to excellence, Austria produces both casual and more formal, well-aged wines. While enticing with renowned grape varieties such as Riesling, Sauvignon Blank and Pinot Noir, Austria boasts its own traditional grapes, beginning with Grüner Veltliner.

Unlike its neighboring competition from Hungary, Austria took initiative in creating signature styles of wine, highly appreciated not only within its borders but throughout the world.  Producing more than half of the country’s wine exports, Austria’s most important wine regions are situated in the eastern side, bordering Hungary and Czech Republic.

Receiving warm influences from the Pannonian Plains, Niederosterreich is the largest and the most important wine region. Versatile yet elegant, the wines of Lower Austria owe their distinction to the continental climate, the dry soils and significantly varied terroir. Home to eight beautiful wine sub regions, each contributing to the vast range of wine styles, this vast province is mostly renowned for its superb whites. Deeply rooted in benefic soils, Gruner Veltliner grapes dominate the production with enough flair to be named Austria’s signature grape. More acidic and versatile, full bodied and with a subtle spice, Gruner Veltliner is easily paired with richly flavored foods, such as traditional Austrian Wiener Schnitzel with a side of artichoke and grilled asparagus. Niederosterreich also produces important amounts of Riesling, adding to the dry white wines tradition of the region. 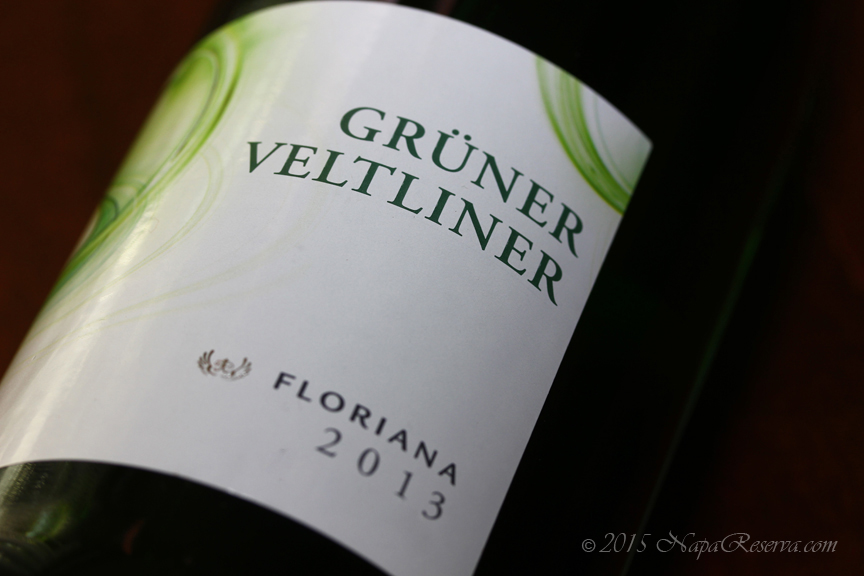 Blessed with a Mediterranean climate, Steiermark, the southernmost region of Austria, is dominated by Sauvignon Blanc and a more rustic local rosé made from Blauer Wildbacher. Rooted in volcanic soils, wineries of the area produce a more regional wine style. Growing in the most dramatic scenery on steep slopes and stony hills, the vines of this small region benefit from sunny days marked by prevailing winds. Steiermark produces wines consumed within the borders, but their qualities recently attracted international attention.

The next stop in this wine lover paradise should undoubtedly be Vienna. With a long history in vine-growing Vienna is the only capital city in the world with a tradition in winemaking. Influenced by the Danube River and the moderate continental climate, the terroir of this province is suitable for Gruner Veltliner, Chardonnay and Riesling, while maintaining a moderate production of Pinot Noir, Zweigelt. Vienna wines are mostly made to drink fresh, although the culture of aging wines has recently flourished. Extremely successful in the restaurant industry, these young wines were put on the map by the city’s visitors, nowadays accomplishing the status of bringing in more and more wine tourists.