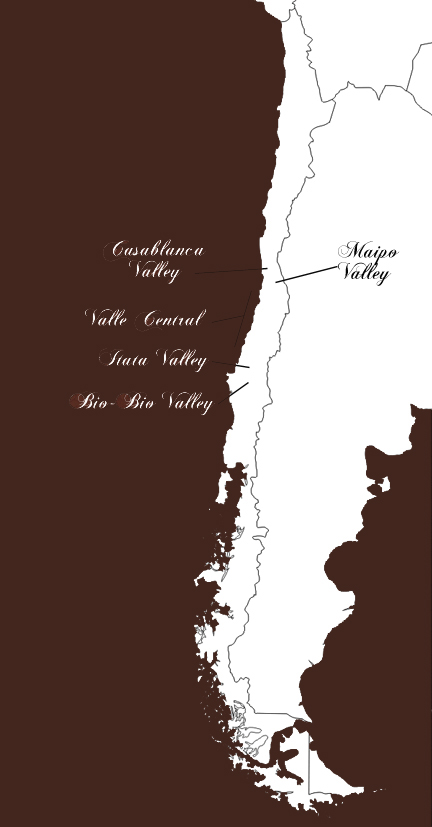 Stretching along the western coast of the South American continent, Chile’s population seems to be tucked between the Pacific Ocean and the Andes. Chile is a land of sublime mountains and endless wonderful beaches. Guarded by natural barriers, this ribbon shaped country is the longest in the world, having over 3000 miles of beautiful coast.

Chile is a very long but narrow country, rather peculiar geographic formation; Valle Central is responsible for the majority of wine coming out of this country.  Wine making focus largely on the export market, particularly the United States; favorable varietals such as Merlot, Cabernet Sauvignon and Chardonnay far exceed any other varietals.

This Southern American country has a long wine growing past, dating to the 16th century when the Spanish conquistadors transported Vitis vinifera grapes as they colonized the region. New wine varieties have been introduced as the centuries went by, and the wine industry of Chile has known no real setbacks. Even though Chile was linked to Spain, it took much more influence from France, becoming famous for its sweet wines. Growers of the “Ribbon Country” gained international recognition for aiming towards sustainability, in fact, Chile invested in some of the largest organic vineyards in the world. Naturally healthy conditions for vine growing, vintners rarely needed to fight against pests and disease. Free from phylloxera, the country’s grapevines do not need to be grafted. With all odds on their side, Chilean winemakers are renowned for producing top-quality wine, the country being ranked as one of the ten most respected wine destinations of the world. 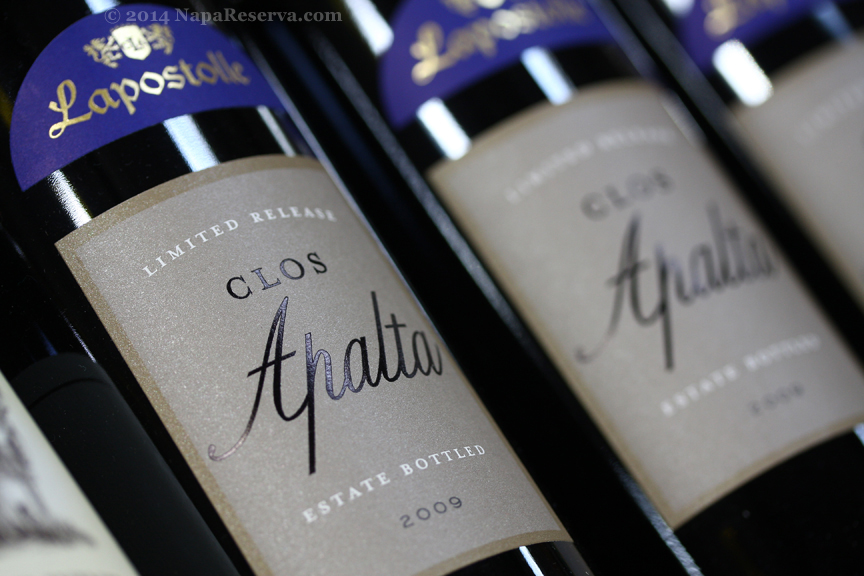